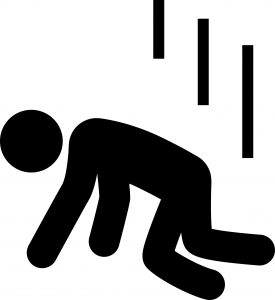 “Orz" was often seen on one of the big bulletin boards in Japan, “2 channel (currently 5 channel)". Recently, it has been used a lot in e-mails, texts, and SNSs.

As for how to read this word, it is okay to read the alphabet as “O-R-Z” as it is, but actually, it is also read as follows.

This is a letter born from AA (ASCII art: a picture made of letters), and because of that, the name itself does not exist. However, it became a little inconvenient during communication, so various people seem to have given various names.

In general, many people would understand what it means when just hearing “O-R-Z" or “Oozu".

So what does “orz” mean?

What does orz mean? Is that a slang?

This “orz” is not an abbreviation for anything.

It might just be an esoteric word until you know what it means.
But once you have got it, you would say “Oh, I see!"

In other words, “orz” represents a person with his head on the ground. 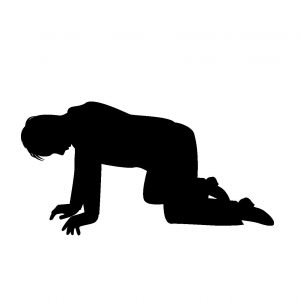 Now that you know what it means, you can start seeing it as a person, right? And the meaning is as follows, it represents the state of the body and emotions.

In other words, when someone writes this ASCII art, it shows that he / she is disappointed, shocked, depressed, unable to recover, and wants to apologize.

That is the “dogeza（どげざ：土下座）” pose in Japan.
At this point, you see it only like a person, don’t you?

What is the origin of “orz"?

“Orz”, which instantly looks like an abbreviation of some English word, was born in Japan and has recently begun to be used in other countries.

Originally, on a personal news site and community site around 2002, when someone asked a question about the cable, they responded with “＿|￣|○" to represent the cable layout using letters.

Then it changed to “orz", which is a combination of alphabets because the letters are easy to type. Since 2004, its usage has expanded to Taiwan, Hong Kong, and China.

These are some examples of this emoticon.

Benkyo shinakute mo shiten wa daijoubu dato omotte itanoni, dame datta … orz.
勉強（べんきょう）しなくても大丈夫（だいじょうぶ）だと思（おも）っていたのに、ダメだった・・・orz。
I thought I would be all right with the exam without revising, but I was totally wrong … orz

Kongetsu, kinketsu dakara kanojo to de-to dekinai yo … orz.
今月（こんげつ）、金欠（きんけつ）だから彼女（かのじょ）とデートできないよ・・・orz。
I can’t have a date with my girlfriend this month as I am skint … orz.

Uchino baito, hito yamesugi orz.
うちのバイト、人（ひと）辞（や）めすぎorz。
How many people have been leaving my part-time workplace?

Kyou no nomikai ikenai, shigoto isogasisugi de orz dayo.
今日（きょう）の飲（の）み会（かい）行（い）けない、仕事（しごと）忙（いそが）しすぎでorzだよ。
I can’t go to today’s drinking party my work is too busy which “orz"es me.

Gomen! Renraku suruno wasureteta orz.
ごめん！連絡（れんらく）するの忘（わす）れてたorz。
(This is used in the sense of apology, but it is a slang, so it is better not to use it for your boss or client)

There are many derivatives of “orz”.
These are some of them.

Also, someone said that “.org" looked like a person standing and bowing.

There is an example of playing with this ASCII art;

A: “I’m sorry, I can’t join the drinking party this evening as I just realized I had a shift tonight….”

B: “Beheaded!
o/rz Supa! (スパッ：slashing sound)
o…rz
(I’ll leave it to your imagination what has just happened…..)

Yes, it looks a little cruel, but this is an interesting part of ASCII art. You can only send such a joke to someone who understands this kind of humor.

What is the meaning of Japanese ARA ARA, Arara? あらあら あらら

As mentioned above, we often hear words ...

What does “torima” mean? What do you say in English? とりま