“Suteki" is a word that often appears in Japanese conversations.
If a Japanese tells you something like the above, you should be pleased.

Then, the meanings of the above examples are as follows.

Suteki na anata ga daisuki desu.
素敵なあなたが大好きです。
I like you very much as you are so wonderful.

Example sentences using “suteki" are as follows.
This word can be used in both casual and business situations.

Oka no ue ni suteki na ie ga aru.
丘の上の家に素敵な家がある。
There is a lovely house on the hill.

The origin of “suteki" seems to have various theories.

According to the dominant theory, it began to be used as a buzzword in the late Edo period. The term was used by the common people and had the meaning of “very", “recklessly", “extremely" and “extraordinary".
Nowadays, “suteki" is used in the sense of “attractive" or “marvelous", but originally it was not always used in a good meaning.

Originally it was described as “すてき（suteki）" in Hiragana, but in the Meiji era, the word “素的（suteki）" started to be used, and the meaning gradually changed to the one used today.

As mentioned above, the “敵（teki）” of “素敵（suteki）” used at present means “enemy”. It is said that these kanji began to be used in the Taisho era. Then, in the Showa era, the kanji began to spread among ordinary people.

Doesn’t it sound very friendly if it contains kanji meaning “enemy", does it?
There are various theories as to why “enemy" is included in this word.
One theory is a paraphrase of the word “deki-sugi" (meaning" too good “)".
Another theory is that the “su" of the word “subarashii (すばらしい、素晴らしい: meaning “splendid", “glorious", “gorgeous", “stunning", etc.)" had a suffix of “teki", and then became a word.

In some cases, this word has even more different kanji character as “素適（suteki）” in addition to the “素敵”. The meaning of “適（teki)" is “meet”, “fit”, “conform to”, “match” and the like.
It is considered that “suteki” using this kanji includes the meanings “not suitable”, “unbearable", “not realized” and the like.
And the meaning of “not realized" is thought to be the trigger for using the kanji of “敵（teki, an enemy") which has the same sound." 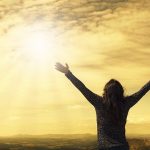 No one would feel bad, if that person ha ...