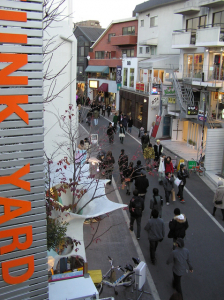 There are various fashion styles in Japan, including “Urahara kei” fashion.
“Urahara kei" fashion became popular in 1997-2006. The popularity at the time was tremendous, and people had to queue in a long line to buy just one Urahara kei T-shirt.
(“Kei" is “type" or “group". There is no problem to say “Urahara fashion" without using it. Especially in fashion, it seems that “kei" tends to be added.)

Therefore, there is no place called “Uraharajuku".

Although there was not as much advancement as Takeshita Street in front of the station, there were many apparel-related businesses in that area.

It was called “Ura-Harajuku" because it developed later than Takeshita Street on Harajuku Station.

However, the fashion created there has grown in popularity as “Urahara kei". It was street fashion mainly for men, with an underground atmosphere.

Especially “Urahara kei" T-shirts were sold at high prices.
Not only did fashionable young people from across the country come and buy expensive clothes, but also a large number of adults who wanted to resell and make money.

What are the characteristics of “Urahara kei” fashion? 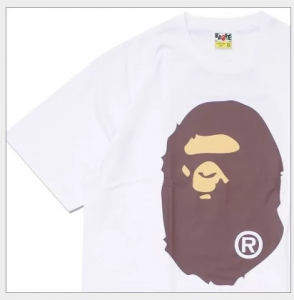 “A Bathing Ape" is a monkey-inspired outfit that has been still popular around the world. During the heyday of the brand, new products sold out quickly on the day of arrival, almost emptied the store.

Also, counterfeit products of this brand were occasionally circulated.
An idol named “Takuya Kimura" from the Japanese idol group SMAP, which was very popular around 2001 wore a light brown leather down jacket from “A BATHING APE" in his drama “Hero". Not only himself but the drama and its jacket were very popular.

Behind the emergence of “Urahara kei" fashion, tenant fees were too high to open a store in front of the station.
The items handled by those stores were small lot productions, and many of them had unique designs.
In many cases, the best emerging designers started by setting up a shop in such a location.

During this era, American hip-hop culture gained popularity in Japan, and a dance boom and a band boom took place all at once.

As a result, brand fashions that were not in Japan before have begun to attract attention. They had a strong underground and wild taste, and their popularity quickly spread. With the spread of the Internet, many were sold not only in stores but also on the Internet.

Some of the “Urahara kei" brands made their debut in the Paris collection and still established a strong position as a brand, but most of the rest were absorbed by Asian companies when they declined or experienced bankruptcy and dissolution.

There are several possible reasons for the decline of “urahara-kei" fashion. The wildness of “Urahara kei" has changed to an impression that is linked to the wildness of real-life rather than fashion, or the brand itself became outdated or people were getting tired of the unreasonably high price due to that boom, even though those were originally low-cost items.

In the past, the area around Urahara, where once tenant fees were inexpensive and there were many small and unique shops, is now neatly organized and has an atmosphere similar to that of in front of the station. Apparel shops that once lived in this area have moved to Sendagaya and Kita-sando areas.

What does kakkoii mean in japanese? かっこいい？カッコいい？
Next

A list of Japanese fashion styles, have a quick look!

What is Shibuhara kei fashion? Is that Kawaii fashion?

Are there shops that ship kawaii Japanese clothing to the US?